GPU summoned the head of the security service of Yanukovych 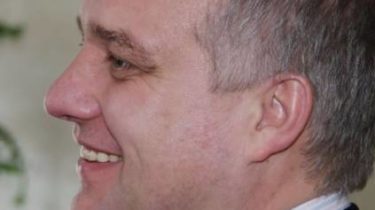 This is stated in the agenda of the GPU, published on the official website.

Yakymenko invited to the Department of special investigation GPU 6 February at 12 hours for participation in investigative and procedural actions related to granting permission for the implementation of the special pre-trial investigation in criminal proceedings No. 42017000000002014 from 23.06.2017 on the grounds of criminal offences”. The former head of the SBU should be investigation as a suspect.

GPU reported new suspected Yanukovych, Zakharchenko and Yakymenko in the case of the Maidan

He, like ex-President Viktor Yanukovych and former interior Minister Vitaly Zakharchenko, accused of especially grave crimes, including premeditated murder of two and more persons, complete with attempted murder, hindering the organization of rallies and meetings and things like that.

We will remind, earlier the Prosecutor General’s office of Ukraine received permission from the court to the correspondence pre-trial investigation against Yakimenko.