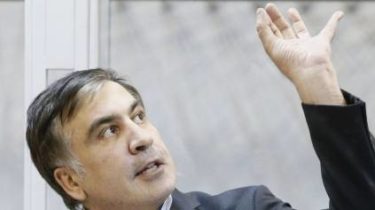 The leader of the party “Movement new forces,” the ex-President of Georgia and former head of the Odessa regional state administration Mikheil Saakashvili stated that he will continue to collect the marches, to remove from power the President of Ukraine Petro Poroshenko.

He said this after the Appellate court of Kiev made him a measure of restraint.

“Peter had the wrong man. I will fight until none of the huckster will not be removed from power” – said Saakashvili.

According to the politician, the authorities do not want to he moved across the country, and he was planning to go to Lviv and Vinnitsa, and has also appeared in the evening on Ukrainian TV channels.

“It will not stop our steps, and our subsequent actions will be very radical. And I’m going to do with my apartment, which I rent, and we will call for mass actions, which they are very afraid,” – he stressed.

Recall, January 26 the court chose Saakashvili measure in a night of house arrest.