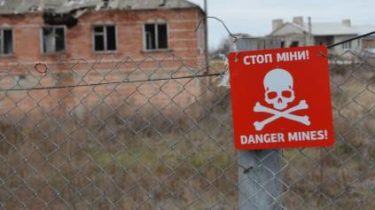 For the past day during the execution of combat missions got injured two servicemen of the ATO forces. They were promptly delivered in military-medical institutions, they were given necessary medical assistance.

In Donetsk direction militants used 120 mm mortars near Novotroitsk. In the sea of Azov militants fired 82-mm mortars near Pavlopol and rocket-propelled grenades of various types fired at the military near the Water.

Posted by the Press center of staff ATO on Thursday, January 25, 2018

In General, over the past day the terrorists three times violated the ceasefire.

Earlier it was reported that on January 25 from Russia on the occupied Donbass drove trucks with so-called “humanitarian aid”. The Ministry of foreign Affairs of Ukraine expressed its protest in connection with the continuation of the Russian Federation illegal practice direction “gumkonvoi”.