In Kiev, 40-year-old mother on his own birthday gave birth to triplets. 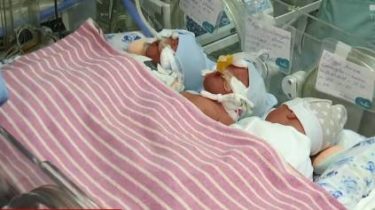 In Kiev in the rich 40-year-old new mother Tatiana gave birth to triplets. The woman is under close medical supervision, according to a story TSN.19:30.

Her pregnancy was a surprise, because the woman already has several children. And when I went to the ultrasound and the doctors asked whether she was doing IVF, the first did not understand what they mean. The news of the triplets in her womb stunned, but Tatiana decided to give birth and considers the emergence of a toddler into the light a great victory. “Three victory – Victoria, nick and Victor” – has already decided on the names for kids mother.

Videocode in Tatiana’s day: in the capital, the woman gave birth to triplets.

For Tatiana, their mother, was a great surprise and the pregnancy itself, and the number of children, because the family was already large. From the hospital they should be out at least a month, when you gain strength. Their mom says during this time her husband will have to solve a bunch of domestic issues, because the family lives in a one bedroom apartment. 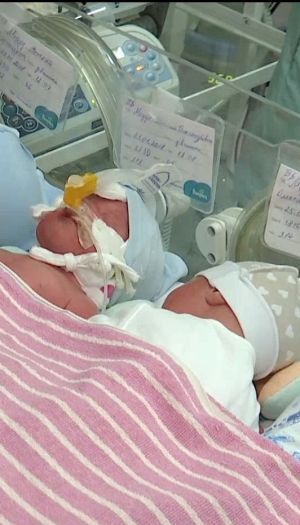 Two girls born weighing more than 2 kilograms each, and the boy was the smallest – 1.8 kg. However, Victor immediately began to breathe on his own and with the girls, the doctors decided to be reinsured and plugged them into the ventilator. From the hospital, my mom will write out at least a month, when all will gain strength. During this time dad will have to solve a bunch of domestic issues, because the house still have five children – old and 18 of them, and the other 11, 9, 7 and 4 years.

He looked into my soul: in childbirth leaving a newborn baby in the hospital in Kiev

They all live in 2-room “Khrushchev”, where kind and began to make repairs, but as soon as I heard about the new pregnancy, stopped him. Now father break your head over where to place replenishment, because the space for new beds there. Another problem is the stroller for three children to carry on the third floor without a lift is difficult, and through the narrow walls and impossible. And despite all this, the adults are happy the kids and call them the appearance of a gift.