Russia will try to put pressure on Ukraine by “flexing” – Poltorak 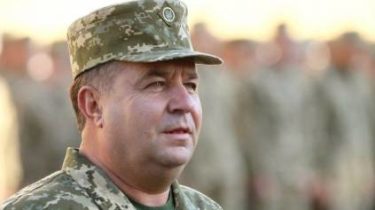 Russia is now actively amassing its troops on the border with Ukraine, continues to supply weapons in the occupied Donbass. Russia will try to put pressure on Ukraine, but large-scale military aggression will not.

“I don’t think that in the near future we should expect a full-scale aggression of the Russian Federation. Russia continues to supply weapons, equipment, fuel and lubricants and material resources (in the Donbass)”, – said the Poltorak.

The defense Minister believes that Russia will not go peacefully, and “will try to put pressure on Ukraine by “flexing”.

At the same time, Poltorak drew attention to the improvement of Ukraine’s cooperation with the United States and Canada in the defense sector.

“Canada has made a decision about the possible sale of Ukraine small arms, and generally, armament, equipment,” – said Poltorak.

United States has budgeted for military aid to Ukraine $ 350 million. In particular, it provides for the delivery of anti-tank missile systems Javelin. About the time of delivery, Poltorak will know after a visit to Washington on 2 February.

Meanwhile President Poroshenko already know the date of the supply of arms from the USA and told about the change in behavior of the militants.