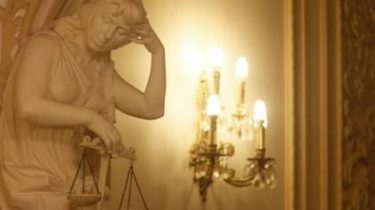 On 26 January the court of Appeal of England has completed hearings appeal, submitted by Ukraine on the decision of the High court of justice on the dispute with Russia on a debt of three billion dollars, the so-called “debt of Yanukovych”.

About it reports the Ministry of Finance of Ukraine.

The court of Appeal hearing lasted five days. The team of legal advisers of Ukraine has brought a weighty legal arguments for consideration by the judging panel consisting of three highly qualified and experienced judges of the court of Appeal, stated in the Ministry of Finance.

After the meeting, the judges postponed the decision to a later date. The Department promised to publish the results of the appeal review after the announcement by the court of Appeal of England of its decision.

“Ukraine trust the English proceedings and, as before, confident in the positive outcome of the trial, which was initiated at the direction of Russia to implement a broad strategy for the implementation of Russia’s illegal and illegitimate aggression against Ukraine. Ukraine confirms its intention to confront this aggression on the part of Russia to the final completion of the judicial process”, – stated in the message of the Ministry of Finance.

Russia wants to discuss Yanukovych’s debt with other countries, but not Ukraine

Recall, may 29, Alexander danyluk, stated: “I have Just received the decision of the London court of justice on the so-called Russian debt, which does not recognize the validity of the positions and arguments of Ukraine in this case.” But because he announced plans to appeal the decision.

London’s high court had summarily to hear the case in respect of the debt of Ukraine to Russia known as “Yanukovych’s debt” with respect broomley debt by 3 billion dollars.

in turn, the IMF has recognized the debt to Russia, the official, but stated that lending to Ukraine will continue, even if it defaulted.