Increasing pressure on Russia: Poroshenko and Klimkin commented on the new US sanctions against Moscow 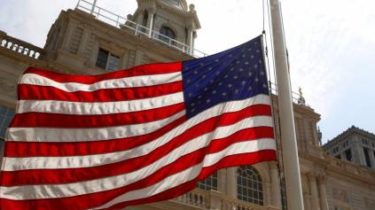 The President of Ukraine Petro Poroshenko thanked the U.S. for the extension of sanctions against Russia.

“Grateful to the US for its policy of sanctions, which are administered by the American partners against Russian residents,” wrote the Ukrainian President on his page in Facebook.

Poroshenko noted that Ukraine is very important to have a similar mechanism of influence on Russia in order to bring her to the negotiating table and provide the de-occupation of the Donbass and the liberation of the Crimea.

The Minister of foreign Affairs of Ukraine Pavlo Klimkin has said that the sanctions gradually, “cover all those involved in the establishment of the Russian occupation administration in the Ukrainian land”.

Our conversation with the US Secretary of State Rex Tillerson lasted an hour, which exceeds the format of the meetings in Davos. In particular, we today have agreed to resume strategic partnership Commission. And in March, the Commission held. Will be formed a few groups where we will discuss, including further reforms. We really need it. We have also planned and agreed on a possible draft resolution on the peacekeepers in the Donbas with the key characteristics that should contain this resolution. We received the full support of the US, other partners on the UN security Council. Of course, we also insist that continued discussion on the release of other Ukrainian hostages and the release of political prisoners in prisons in Russia. Grateful to the US for its policy of sanctions, which are introduced by U.S. partners against Russian residents. It is important for us to have this mechanism of influence to bring Russia back to the negotiating table and provide the de-occupation of the Donbass and the liberation of the Crimea.

Published by Petro Poroshenko, on 26 January, 2018

Remind ,The United States expanded sanctions list against Russia new names. The Treasury Department released information that, under the restrictions were the Deputy Minister of energy Andrey Cherezov. Also under the sanctions were the representatives ORDO and a number of Russian companies.