“It’s like Chernobyl”: in a Network there was video of mine stolen in the occupied Luhansk 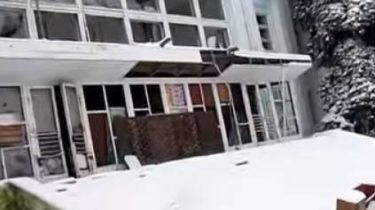 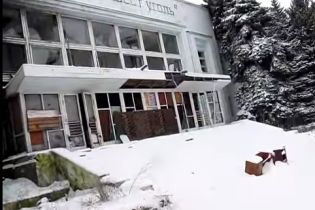 In the Internet appeared fresh video from occupied by fighters of “LNR” the city of Pervomaisk of the Luhansk region. A local resident showed areas of the mine “May day-West”, the local DEPOT and vocational school №74.

“It all began in 2014. Came the so-called “vigilantes”, cut the cables, took out the engines, all the valuable footage. When the men left or were in the basements, they there were active, as he wanted, took out everything. And everything else is local pick up,” says the author in a video about the mine, which, according to him, is the main enterprise.

A local resident said that the mine had been hit during the fighting, but he says that “the hit did not cause so much harm, how many caused the local population, their day people.”

“In this state, the majority of businesses in the city of Pervomaisk of the Luhansk region. Most of the damages brought not war, but the indifference of the authorities and the negligence of the leaders. The locals cut into the metal machines and the entire plant, while “enterprising people” earn, taking the metal,” reads the description of the video on looted DEPOT.

We will remind, earlier it was reported that according to the conclusions of the OSCE, since the beginning of the conflict in Eastern Ukraine 36 mines in the region are no longer usable due to flooding or full flooding. Such studies have been conducted by the OSCE with the support of the governments of Austria and Canada.