Militants fired Ukrainian military positions near Avdeevka, there are wounded 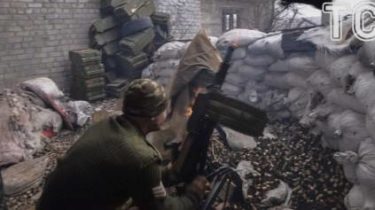 For the past day militants violated the ceasefire by firing at positions of forces of ATO and wounded Ukrainian military.

“The second half of the past day, starting at 13.00, was held without violations of the cease-fire. Till that time, yesterday afternoon, the Russian militants occupying forces conducted 1 shelling positions of Ukrainian army”, – is spoken in the message.

According to headquarters, the enemy fired small arms at the strong points of ATO forces in the suburbs of Avdiivka in the Donetsk area.

As a result of the attack sustained a gunshot wound serviceman of Armed forces of Ukraine. It was immediately taken to a military hospital and provided the necessary volume of medical care. Military physicians qualify a state of health of the Ukrainian soldier as satisfactory.

In other areas of our defense of violations of the cease-fire was observed.

Recall, January 25, from Russia to the occupied Donbass drove trucks with so-called “humanitarian aid”. The Ministry of foreign Affairs of Ukraine protest in connection with the continuation of the Russian Federation illegal practice direction “gumkonvoi”.