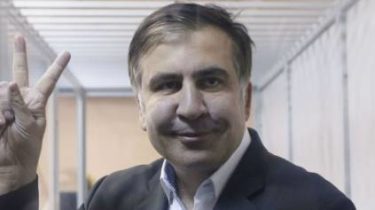 “The movement of new forces,” Mikheil Saakashvili announced the beginning of mass protests in Kiev, demanding resignation of President Petro Poroshenko. This was the politician announced on the social network Facebook and left a Bank account for collecting funds for the needs of the campaign – leaflets, arrival of participants from the regions, the arrangement of scene and sound.

“We announce the beginning of mass protest actions for the resignation of the master thief and huckster in the country – Petro Poroshenko – in a peaceful constitutional way. Next Sunday, February 4, held a March from Shevchenko Park to Maidan Nezalezhnosti,” – said Saakashvili. He said that in response to the struggle “against oligarchy, corruption and dictatorship,” he and his associates “received political terror and repression, arrests, harassment and fabricated criminal cases”.

Saakashvili announced a “March for impeachment” on February 4

“With this band there can be no compromise. We will go to win!”- he said.

Videosgallery, accused the SBU in the kidnapping

In the morning he came to the security office where he was summoned. Under the building, Saakashvili accused the SBU in on her own kidnapping and said that it is preparing a lawsuit to the European court of human rights demanding compensation. His lawyer filed a motion to postpone the questioning. The ex-Governor of the Odessa region is suspected of supporting participants of a criminal organization. 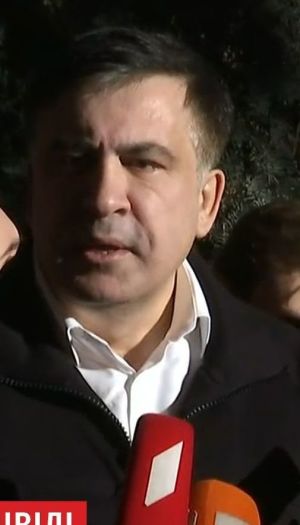