Forecasters warned Kiev on the ice and the fog 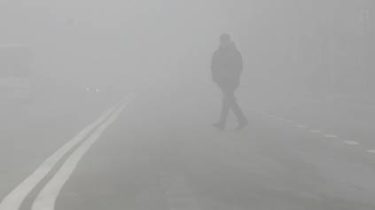 In Kiev and region on Saturday, January 27, it will be foggy.

This was reported in the Ukrainian hydrometeorological center.

Moreover, forecasters predict the capital variable overcast, without any precipitations, on roads places ice. Southern wind of 5-10 m/s, the temperature during the day from -3° to -1°.

In turn, the Kyiv city state administration has advised drivers while driving in fog, reduce speed, turn on the fog lights with the middle light, to keep a safe distance with other cars, when you stop to activate the emergency lights, and avoid sudden maneuvers on the road.

What will be the weather in Ukraine this weekend and early next week, read on Dnia this link