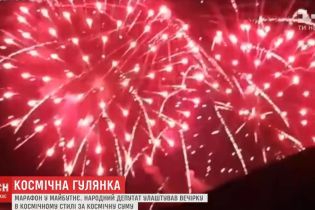 The richest man in Volyn MP Stepan Ivakhiv with a large celebrated The 50-year anniversary. Large-scale festivals he staged in one of the most expensive hotels of the Carpathians, according to a story TSN.19:30.

One of the founders of “continuum”, where, in particular, includes gas stations WOG, even recorded a video invitation, which reported on the “space” style party, and an appropriate dress code. Under the scenario in Truskavets Ivakhiv came from the moon, and to “meet” in a 5 star hotel gathered friends. The Parking lot was full of luxury cars mainly from Volyn registration, and in everywhere guarded security. The celebration took place in a separate hall for 500 guests, where outsiders were not allowed.

Forbes 2015, assessed the condition of the Ivahiva almost a hundred million dollars. In an expensive hotel Carpathian guest Ivahiva entertained Pedan and Prytula, and on the stage – Polyakova, a group of “Nancy”, ballet “freedom”. TSN considered the guests and gifts the richest man in Volyn. 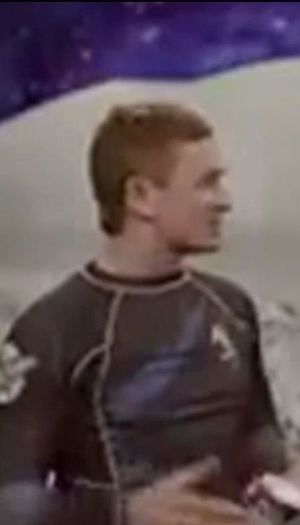 Among the invitees were able to observe the ex-speaker of BP Vladimir Litvin, and several MPs. The guests were entertained by Pedan and Prytula, on stage singing Polyakova, a group of “Nancy” danced the ballet “freedom”. Among the gifts made out a certificate for a journey – week vacation on a yacht.

The celebration the next day was different to others dress code – they were shirts. Guests were TEAK and Tayanna. According to experts, the invitation of the stars had cost him tens of thousands of dollars – not counting the cost of the hotel rooms. The most modest room in the hotel costs from three thousand hryvnias, and available seats was not. “So many guests at the anniversary that you cannot imagine”, – secretly admitted to one of the guards. The celebration ended with fireworks. Will the cost of this is reflected in the Declaration of the MP, only time will tell.