Fake and farce: Kiva responded to the expulsion from the socialist party, which he headed 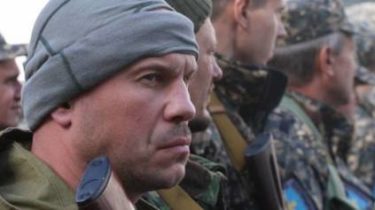 Ilya Kiva called “fake” about his exclusion from the Socialist party of Ukraine, which he previously headed. According to him, Petro Ustenko, who also considers himself a leader of political force, irrelevant to the socialist party, and his statement is void.

The Statement Of The Kiva! As head of the party, I officially declare that Peter Ustenko and his company, no longer have any relations…

“We have removed him from his post as leader and expelled them from the party a month ago. This decision matured long ago. We watched his activities – negotiations with representatives of Surkov, for his attempts to sell Firtash. We will not allow again to drown the socialist party in favor of someone’s personal interests. Today, all charges and statements from these scams are nothing more than a fake and a farce. Please use confirmed information from official sources”, – is spoken in the message of the Kiva.

Videola Kiva said, who was vacationing in Bali

Ilya Kiva exclusive to TSN showed Catherine, which rested on the island and where our viewers took the video as he ate Breakfast. The politician admitted that the girl he is living together for six months. Girl and son, wears diamonds and drives a brand new Mercedes for 60 thousand dollars.