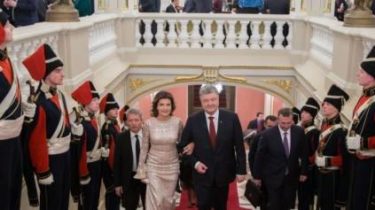 8 February 2018, the President of Ukraine Petro Poroshenko at the invitation of the Federal President of Austria Alexander van der Bell will make a working visit to Austria.

Waiting to see trump’s Poroshenko in Davos did not happen

During the visit, will hold bilateral talks with van der Ballena and the new Federal Chancellor Sebastian Kurz.

“During the meetings will discuss issues of further deepening of political dialogue at the highest level, trade-economic and investment cooperation between the two countries, the situation in the Donbas and the strengthening of the sanctions policy of the EU to support the international efforts on restoration of territorial integrity and sovereignty of Ukraine”, – stated in the message.

Also planned is a joint visit by the heads of States of the Vienna Opera ball, which Poroshenko invited as a personal guest of honor of the President of Austria.

The Vienna Opera ball is an annual state event, which involved the leadership of the country. The President of Austria has the privilege to invite to this event the head of one of the States as a personal guest.

Earlier in Davos Poroshenko met with U.S. Secretary of state Rex Tillerson. The talks lasted an hour. Talked about the war in the Donbass peacekeepers, the annexation of Crimea, the aggression of Russia, Western sanctions against Russia and military aid the United States to Ukraine.