In the center of Kiev near court shooting occurred, police announced the plan “Interception” 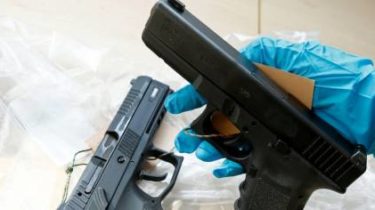 In Kiev on the street Zhylianska unknown opened fire and fled the scene by car.

“To the capital’s law enforcement officers in 13:50 received information that a judicial institution shooting occurred and there is a victim”, – stated in the message.

According to preliminary data, the conflict arose between two groups of persons who have suffered one incident.

Now in the capital entered the plan “Interception” wanted vehicle “Hyundai Accent” or “Opel” gray, which is probably involved in the Commission of a crime.

On the scene the patrol and investigative team of the territorial police Department, sets out all the circumstances of the incident, the issue of introducing events into the Unified register of pre-trial investigations under part 4 of article 296 (Hooliganism) of the Criminal code of Ukraine.

At the same time, the witnesses said that the victims were three, but only one was hospitalized.

Today in Kiev hot. State of emergency near the Sviatoshynsky court on the street, 142. Previously, during the trial occurred confl…

Earlier, unknown persons opened fire outside the Camp in Kiev, having shot a man. Another man was wounded. As it turned out, the conflict arose at the national lottery between the two security structures.