Shooting in Kiev: the police said the details of the murder 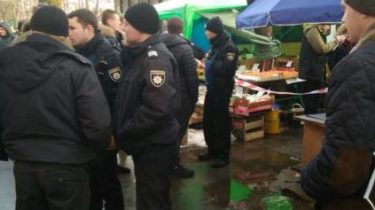 Died as a result of shooting in the lottery institution in Kiev was the employee of private security firm.

This was announced by the chief of the Department of national police of Kiev Andrey Krishchenko, transfers “112 Ukraine”.

“Just found out that there was a conflict. One of the parties has used the device for shooting of rubber bullets. From the received wounds on the spot, one person died: a young man 1983 year of birth. The other was also injured, but they are not serious, he was taken to the hospital,” said Krishchenko.

He noted that the deceased was the employee of private security firm.

According to him, the decision of the court the ownership of the building where the shooting occurred, was granted to two different persons. Therefore, in the institution where it already worked for a private security firm arrived employees of the other. After that shooting occurred.

We will remind, in the Shevchenko district of Kiev unknown shot a man to death. Another man was wounded.