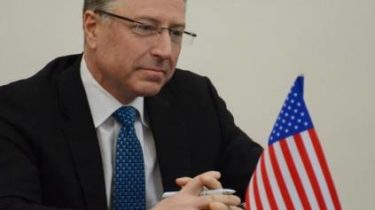 In the interview of the special representative of the State Department of the United States of America on Ukrainian Affairs, Kurt Volker and assistant to the President of the Russian Federation Vladislav Surkov began to take a more concrete form the subject of the introduction of an international peacekeeping contingent to controlled by Pro-Russian terrorists Donetsk and Lugansk regions. American negotiators drew attention to the increasing openness of the Russian position in this matter, UNIAN reports.

Walker noted that Surkov had “a very detailed discussion about how we from the current state will reach the peacekeeping forces that will have control over the territory and create conditions for the implementation of the Minsk agreements and conduct of elections”. “We had a fairly open discussion about how it might look, there was more openness on the Russian side,” – said Walker. 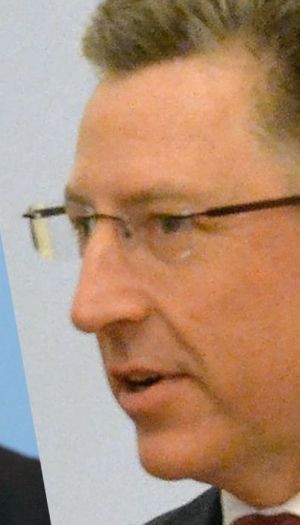 “We had a discussion of how this might work in practice. We need to have peacekeepers in all areas that it was possible to hold elections. The elections will be when the peacekeeping mission will provide security. To make this happen, from the point of view of logistics, it is necessary to think how to do it. On the other hand, the Ukrainian party must perform the steps that are needed in the framework of the Minsk agreements” – detailed Walker. According to him, the main problem is the divergence of views between Moscow and Kiev on the sequence of implementation of the provisions of the agreement in Minsk. “Russia wants to see Ukraine political steps now. Ukrainians say they can’t do that, because there is no security, physically we can’t hold elections in such an environment, we can’t do further steps special status without having to appoint local government and so on. It was a vicious circle. And the idea of a peacekeeping mission is to create a safe zone where it will be made all the political steps”, – said the representative of US state Department.

However, he stressed that it is too early to talk about specifics, therefore such issues as the number of the peacekeeping contingent, was not even raised. “We are trying to determine the right mandate,” said Walker. And added that America did not give any concrete plans for consideration by the Russians, but waiting for an offer from Russia. “Russia will come back to us with suggestions how to do it. We look forward to see how they see it, and then we’ll see what they really mean,” – said the diplomat.