The middle of the night militants shelled the positions of Ukrainian army. Chronicle of the ATO 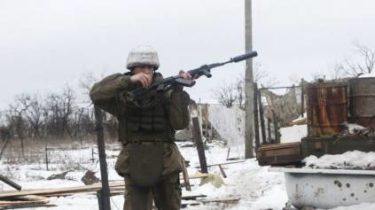 For Monday, January 29, in the area of ATO in the Donbas the Ukrainian army has recorded one fire fighters.

“For today the Russian occupation groupings still are unable to fully refrain from violating the ceasefire. The enemy has not abandoned the implementation of the fire of provocation against the Ukrainian defenders. From the beginning of the day recorded one attack by the invaders”, – said the press center of staff ATO.

“On Donetsk the direction, in the middle of the night, the enemy fired from grenade launchers, heavy machine guns and small arms near the settlement Kamenka. As a result of hostile action, no Ukrainian defender was not injured”, – stated in the headquarters of ATO.

The Ukrainian army also reports that in the Donbas, the potential for serious armed provocations and attacks by militants.