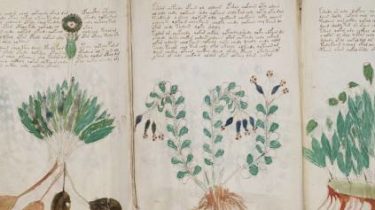 Specialist in AI Greg Kondrak from the University of Alberta says that he was able to understand the language written manuscript Voynich.

Kondrak decided to use an auxiliary tool in artificial intelligence. His University had just created a software capable of solving many tasks, including the decryption of coded messages.

Scientists have decoded the 2600 year old message: the military asked to send wine for the garrison

Once this algorithm is introduced with the Voynich manuscript, the system said that the book is most likely written in Hebrew, and thus encrypted. The next step was the interpretation of the text. Scientists believe that the letters in the words rearranged, and to understand what is said in the manuscript, it is necessary to position them correctly.

Of the 72 first words in the text, scientists have identified such as farmer (or peasant), “light”, “air” and “fire.”

As for decryption, the scientists say that it takes time.

Recall that the Voynich manuscript is an interesting artifact of the medieval past. This is a handwritten book that was written about 500 years ago by an unknown author in an unknown language using an unknown alphabet. From the moment the information about it appeared in public, she tried to decipher more than a dozen times, but no success achieved.

The Voynich manuscript became famous thanks to the American bookseller Lithuanian origin Wifredo to Wojnicz. He acquired it in 1912. Currently the book is in the Library of rare books Beinecke (Beinecke Rare Book And Manuscript Library) Yale University press. It consists of 240 pages of thin parchment, the page size is 15*23 cm book Thickness — about 3cm. the book has a large number of illustrations, nearly all pages.

Previously, scientists were able to identify dozens of plants of the 303 submitted 6 animals and one mineral. Almost everything that was stated in the manuscript, grows and lives in Central America.

We will remind that earlier TSN.ia decided to give everyone the opportunity to feel like a scout during the RAID.

For this in a non-trivial test we offer you to decipher a few phrases that are “hidden” behind the Morse code.

You might need a table with a relation of the alphabet to the Cyrillic alphabet.

Try to decode a message in Morse code

The popular phrase from