Volcker: the U.S. began preparations for the transfer of Ukraine “Javelin” – the media 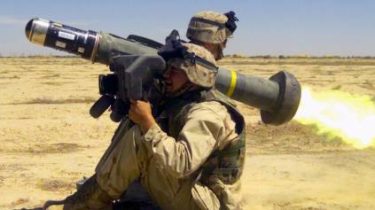 This was stated by the special representative of Gerdau USA in Ukrainian Affairs Kurt Volker, writes Radio Liberty.

“It takes time to prepare everything: objects, where everything will be stored, methods of transmission. We are working together as they are to transport and to involve the Armed forces”, – he said.

“We just hope to fill in some “blank spots” in the defense capacity of Ukraine, to prevent further escalation of the conflict is the least thing we want,” he added.

Some us media, citing sources in the U.S. Department of state, announced that the terms of arming Ukraine has already adopted the White house administration, it’s going to be signed by the President. 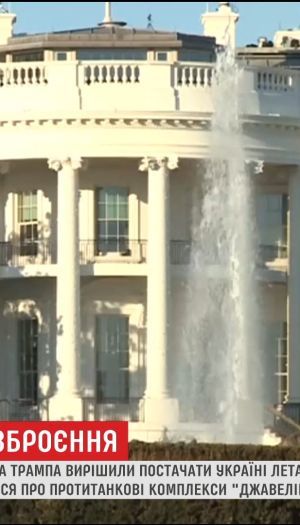 “And I want to emphasize that this is a defensive technique. It is useful only when there is a tank attack. Then it can be neutralized. So it’s defensive armament, not to attack and not for use in the line of conflict. And I think Ukraine largely shares this position,” said Walker.

We will remind that the Minister of defence of Ukraine Stepan Poltorak recently announced that the exact time of receipt Javelin anti-tank systems for Armed forces of Ukraine will be known early next month – after his visit to the US on 2 February.

We will add that in December, the State Department, which is responsible for monitoring foreign military sales, confirmed that anti-tank missiles or other deadly weapons will be sent to Ukraine. However, in the statement a press-the Secretary of the State Department of hater, Nauert said The United States decided to provide “additional defense capabilities”, to help Ukraine to defend its sovereignty and “to deter further aggression”.

“Ukraine is a sovereign country and has the right to protect themselves,” said Nauert.

The national security Council the White house declined to comment on the provision of “Javelin”.

Despite the fact that portable anti-tank missiles “Javelin” can kill, supporters of their provision Ukraine has long claimed that they are considered “defensive”, because the Ukrainians will use them to protect its territory and deter Russian, not attack in a foreign country or capturing new territories. Sending lethal weapons to Ukraine also creates the alarming possibility that the American weapons to kill Russian soldiers, and this situation can lead to the approximation of two nuclear armed States to direct confrontation.

Recall, edition of the Washington Post reported that the administration of U.S. President Donald trump approved the sale of lethal weapons to Ukraine. According to the interlocutor of the newspaper, the commercial license granted for the sale of defensive weapons to Ukraine in the amount of $ 41.5 million According to the article, the U.S. will be able for the first time in the history of the export to Ukraine of a self-loading large-caliber sniper rifle M107A1, ammunition, related parts and accessories.