In Ukraine increased retail turnover. What this means 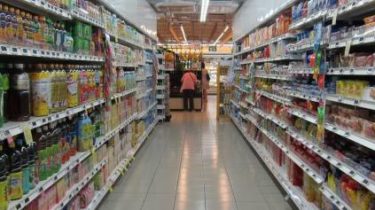 For 2017, retail turnover in Ukraine grew by 8.8%. This is the best result since 2012. However, it also says the decline of trade in physical measurement.

This was stated by the CEO of the Ukrainian Association of trade networks suppliers Oleksiy Doroshenko.

Inflation last year was 13.7%, and average nominal wages rose by almost a third to UAH 8777.

Doroshenko says that at these rates it was possible to count on higher growth in retail trade turnover, because “the main factors of high inflation were food, alcohol and cigarettes, which together make up more than half of the expenditures of Ukrainian households”.

“There was a significant stratification of income of people. The largest growth in wages occurred in the public servants, law enforcement officers and other authorities. It shows the average wage in Kyiv, which is two times higher than the average in other regions of the country. Deposits in the banking system grew last year by 19.4%, show the accumulation of one part of the population amid declining retail sales in real terms due to the reduction of income for nearly half of the population. If you earn more than, do not buy two kilograms of butter instead of one. You the rest of the money will be spent on the electronics market and car or relates to the Bank,” – said Doroshenko.

In Ukraine, a three times increase in the number of second-hand shops

“In 2017, the company’s wholesale and retail trade contributed 10.5% of all revenues to the state budget. A year earlier their share was 12%. It says on the redistribution of trade in favor of markets. Markets can offer a lower price,” – said Doroshenko.

“And this is for two main reasons. First, these regions have one of the lowest average wages in the country. For example, in Ternopil it is less than 6 thousand UAH. And the second – their population is shrinking due to migration and labor migration”, – said the head of the Association.

Doroshenko said the positive trend of real wages, however, draws attention to the fact that “behind the remaining 40% of the population living on social benefits. Stratification of incomes leads to increasing of specific weight of imports in the consumer goods market. About a third of the population, according to the latest polls, has a desire to leave the country, and 1.2 million, according to the UN, suffer from hunger”.

Meanwhile food prices in Ukraine, almost caught up with Europe and will continue to grow.