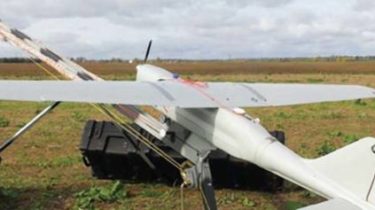 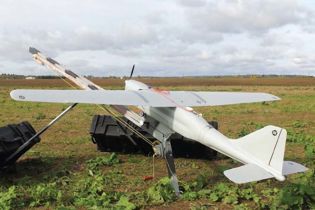 UAV “Orlan-10” the Russian armed forces, which is actively used by militants in Donbas, in the majority composed of parts not manufactured in Russia. To such conclusion the volunteer community and InformNapalm team “Army SOS”, which investigated the device, which fell into the sea of Azov in November 2016.

“Fly list, published in the previous report, pointed out that the UAV repeatedly led the exploration of Ukrainian territory in the interests of the Russian army, beginning with the operation to capture Crimea. Also the UAV reconnaissance flights conducted in the Donbas. Sometimes the launch of the UAV was located in the occupied Crimea and on the military polygon of the Russian Federation in the Krasnodar territory and Volgograd region of Russia”, – stated in the message InformNapalm.

Video surveillance front, the enemy drones calculates the position of the Ukrainians and conducts aim fire

Volunteers of “Army SOS” was assured that “to screw” dismantled the drone and researched that most of its components is of foreign origin. For example, the GPS tracker made in China, the starter-generator of the us, and the engine has a Japanese origin. “Flight controller implemented on the chip STM32F103 QFP100 Franco-Italian manufacturer STMicroelectronics microelectronics. As the sensors measure the pressure used chip MPXA4115A and MPXV5004DP the American company Freescale Semiconductor (currently owned by a Dutch company NXP Semiconductors N. V.). Sensor-compass HMC6352 from the American company Нoneywell”, – detail the report’s authors.

Also, according to them, the transmission module telemetry produced in the United States, the regional German transmitter, the receiver of the German company AnyLink with a sticker of the Russian distributor ImoTech, the GPS module implemented on the basis of GLONASS, GPS & QZSS receiver LEA-6N Swiss company u-blox paired with Russian MNP-M7, which is built on the chip ADSP-BF534 the American company Analog Devices. “Thanks to the documents intercepted by the Ukrainian activists at the Alliance Cyber intelligence chief “of the 2nd army corps LC” failed to establish that the calculations of the UAV consisted of Russian military personnel, and each flight was accompanied by a UAV reconnaissance report to the head of intelligence of the 12th command of the reserve of the armed forces”, – volunteers reported.