After days of the truce, the militants have again started to shoot from the weapon – killed Ukrainian soldier 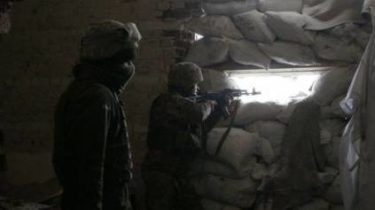 Today, January 30, in the area of ATO in the Donbas after more days of the ceasefire, the militants again opened fire and killed a Ukrainian soldier.

“More than a day on the line of contact lasted for a ceasefire, but the truce today, could not be reached. At meal time, Russian occupation groups resumed the firing of provocation and broke the silence. In the direction of Donetsk from heavy machine guns and small arms, the enemy fired on our positions near the Water on the sea of Azov. Unfortunately, as a result of enemy fire killed a soldier of the forces ATO. We Express our condolences to the family of a lawyer, who gave his life for the peaceful future of Ukraine”, – stated in the message.

Remind, in the Donbass I detained the Russian who helped the militants to capture Slavyansk.