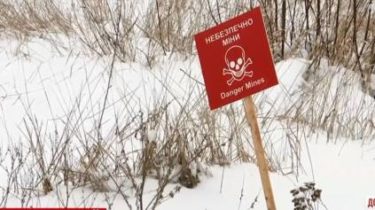 On the outskirts of the occupied Donetsk fighters use a brutal tricks to counter the Ukrainian military. The terrorists do not spare dogs and cats for their own purposes, says the story TSN.19:30.

“This they did not stop and does not stop, as you can see. Houses are destroyed with shots of tanks. And mortars and artillery worked over the local. It’s the afternoon lull, and a night of intermittent shelling continued. Mostly small arms, machine guns and RPGs,” – said the press officer of one of the brigades APU Ivan Bordyug.

Whole streets were deserted, Marinka: not remaining at home, or at least the Windows in the house. From the old inhabitants remained in the yards of their former abandoned four-legged friends. Invaders before himself to look out of the trenches, first trenches are thrown from the animal. The poor soldiers did not shoot, but the animals still die on banners and mines. 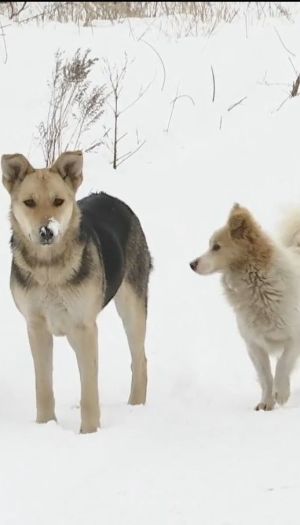 Such activities of the militants led to what is now whole streets were deserted, Marinka. From the old residents left in the yards of abandoned four-legged friends. Dogs turned to soldiers who already have dogs-invalids of the war, which ran into the enemy of stretching. The military said that the fighting in the village is the most sophisticated in terms of tactics, because the front is not measured in kilometers from the explosion plowed black earth, and a thousand feet of streets with houses and basements, which can become fortresses. “In the fields of vidimosti better in a lot of nooks and crannies, spaces and trees. They can throw the cat to check: if nobody shoots a man can get out” – said one of the soldiers.

Donetsk militia returned people to the past by turning all landline

The fighter with the call sign “ryaboy” a former businessman and now a gun in the hands protects one of the many abandoned houses in the city. The position of the mask thoroughly, because on the opposite side snipers. “Talking about a truce before,” – said the soldier.