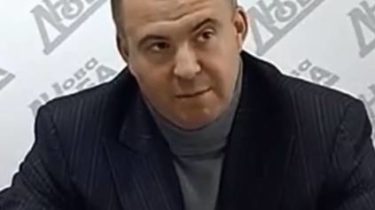 Deputy national security Council Secretary Oleg Gladkovsky accused the journalist of “1+1” high treason. He described the investigation into his business activities in Russia from the presenter of the program “penny ,” Alexander Dubinsky, says the story TSN.19:30.

“I am convinced that the dissemination of this information is customized, and is intended not just to harm my honor and dignity as a citizen, and to discredit me as a public servant. Publishing, in my opinion, is frankly subversive in nature and directly concerns national security and defense of Ukraine”, – said Gladkovsky.

Oleg Gladkovsky believes the investigation into his business activities in Russia, journalist and presenter of the program “penny ,” Alexander Dubinsky – infringement of the interests of Ukraine. He wrote a letter to the Chairman of the SBU and asked them to draw Dubinsky to criminal liability. 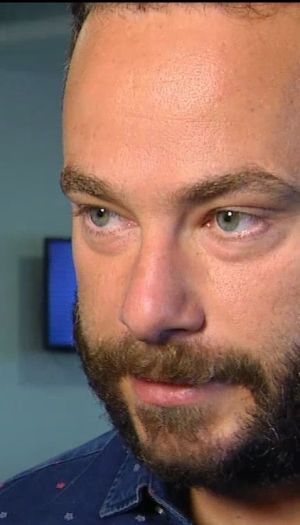 Lawyer Michael Ilyashev believes the claim to the Gladkovsky Dubinsky baseless and even stupid. The Ukrainian legislation is the concept of treason, but nothing to do with journalistic investigation, it has not. “In Ukraine this refers either to the side of the enemy, if there is martial law, or the collection of information in order to convey it to the enemy. Importantly, such a collection and such information should undermine the defenses of the country”, – said the lawyer.

The presenter of the program “penny ,” Alexander Dubinsky threatened with physical violence

The scandal with the spy flavor began six months ago when Dubinsky on his website has described step by step scheme of work business Gladkovsky in Russia. “We published the documents that prove that he does business in Russia. Despite the fact that he is a government official responsible for the defense and purchase of weapons and has access to the state secret”, – the journalist told. He found that the money earned in Ukraine through Cypriot companies investing in the Russian “daughter” of the Corporation “Bogdan”. All companies belong to the official Gladkowska then Svinarchuk. The name he changed after the victory of Petro Poroshenko in the elections, received a public office – became the first Deputy Secretary of the NSDC. In parallel with the changes in their status, Gladkovsky masks its Russian company.

In response to a journalistic investigation Gladkovsky wrote to the Chairman of the SBU, the letter accuses Dubinsky treason and asks Mr. Gritsak to bring the journalist to justice. “In a normal situation, all these investigations, which we publish according to his activities, about his offshore schemes, illicit enrichment, business in Russia, purchases of cars in Russia, which are sold under the guise of Czech cars is and should be grounds for investigation,” – said Dubinsky.

Antikorruptsionera Vitaly Shabunin said that the last two years there has been a trend of “top officials” associate their personal secrets, state secrets, and law enforcement agencies support them in this. “This is not an isolated case. It is the political elite took this story with the state secret service. Not just for themselves, but for their vassals and their feudal lords. As SBU. The SBU, by using this tool, to classify all returns. Everything,” he explained.

In the NSDC has denied the influence Turchinov on the decision of the Commission, which chose the leadership of the RRG

Journalists “1+1” has sent requests to the head of SBU Vasily Gritsak, NSDC Secretary Oleksandr Turchynov and presidential Administration with the request to understand a situation and clarify whether the right official to talk about his private business in the interest of the state and whether the investigation of activities of officials in the territory of the aggressor state treason Ukrainian journalist.