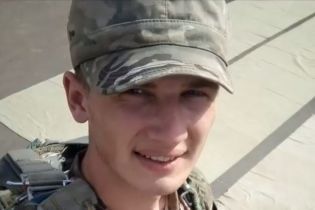 According to the headquarters ATO, from a sniper’s bullet near the village of Water on the sea of Azov a marine was killed and 22-year-old Artem, Skupeika, says TSN.12:00.

Fighter originally from Gornostaevka Kherson region. Guy served in the military service and enlisted in the Marines. Home his body will be brought tonight. The guy left a mother, grandmother and younger sister.

Mariupolskiy now the hot spot in the area of ATO. There Lebedinsky the enemy was firing mortars. In the direction of Donetsk was restless in the Sand – there positions of the armed forces, the militants fired rocket-propelled grenades and mortars. During the day one soldier was killed and two were wounded. Thus ended a truce that had lasted on the Eastern front more than a day.