Militants accused “donbassovcev” in the attack, which they themselves organized 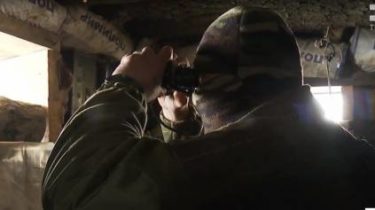 Under Gorlovka invaders staged shelling positions of the Ukrainian military and then disseminated information about the alleged opposite events. The military has collected evidence of the attacks, but I understand that they do not make excuses for what and to whom, says the story TSN.19:30.

The shelling lasted for several hours: at first, the sniper worked, then added a heavy machine gun. “Apparently, lured. Our position, how we will respond. Wanted us to answer. It was ordered on not to succumb to provocations – stood, observed”, – said the fighter with the call sign “Raccoon”.

The military battalion “Donbass-Ukraine” told that the enemy usually in the afternoon settles positions, and begins shooting when it gets dark. Especially the activity is in the rotation, salary and next humanitarian convoy of the Russian Federation. “In my opinion, we are at war with average specialists. Perhaps the snipers come from Russia. Sometimes quietly, sometimes in different ways. Pluck, but not critical,” says “Raccoon”. “They’ve got two flags: the “DNR” and the Soviet Union. However, I do not know what the Soviet Union to “DNR”, – says “peace”,

On the sea of Azov under the Water during enemy shelling killed Ukrainian soldier. At Gorlovka the invaders, openly, in broad day building fortifications. And in the night opened fire from machine guns and sniper rifles. And then claim that he was allegedly hit by the Ukrainian army. 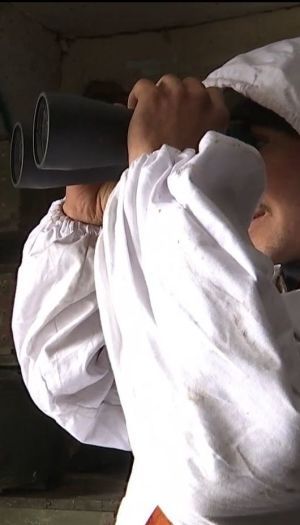