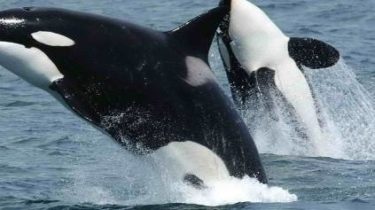 European scientists conducted the study and came to the conclusion that the underwater mammals killer whales can repeat a number of phrases.

About it reports the Republic.

The studies were carried out with 16-year-old orca named Vicky, which is kept in a special aquarium in the commune of Antibes, in France. The scientists made the animal to repeat phrases such as “Hello”, “bye”, “one, two, three”.

In China, the world’s first cloned monkey. People can be as follows

First try the Wiki to repeat the people could not. In order to repeat the researchers, the whales went from 4 to 17 attempts. The sounds used in these phrases, these animals do not use in a natural environment.

However, scientists say that there is no reason to believe that animals understand the meaning of spoken words. They just repeat a set of sounds.

“It is striking that although the whales have a different morphology, they still can closely mimic the sounds of other species. In this case, us,” says one of the participants of the study.