The Czech Republic has doubled the quota for Ukrainian workers 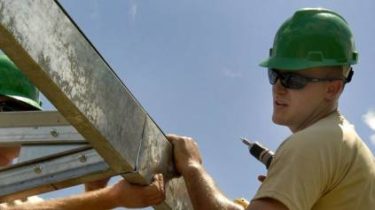 Government Bohemias increased at twice the quota on the admission of workers from Ukraine – from 9.6 thousand to 19.6 thousand a year to help local firms, who say the labor shortage.

This was announced by the Minister of foreign Affairs of the Czech Republic Martin Stropnicky, writes “European true”.

“At the proposal of the Ministry of foreign Affairs of the Czech Republic, the government today decided to increase the issuance of work permits for workers from Ukraine with the 9600 and 19600 per year,” said Stropnicky.

He explained that it was the government’s response to the problems of employers regarding a shortage of manpower.

From zarobitchany to the owner of the pizzeria. Ukrainian from scratch to build a business in Italy

The government’s plan would also apply to a lesser extent for workers from Mongolia and the Philippines. Reuters notes that many Czechs consider a threat to the security of asylum-seekers, mainly from Muslim countries.

The Czech Republic has the lowest unemployment rate in the European Union and 2.3%, in line with the methodology of Eurostat. However, local companies believe the labor shortage is the biggest obstacle.

We will remind, last year the Czech government took the decision to increase the quotas for local companies on the admission of workers from Ukraine.