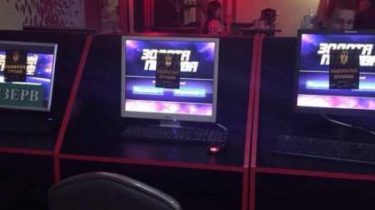 In Kiev after deadly shooting near the premises of the “National lottery” near the metro station “Beresteyskaya” conduct an audit of all establishments that provide gambling services.

This was stated by the head of national police of Ukraine Sergey Knyazev, writes UNIAN.

“In Kiev the chief of head Department came out with an initiative to conduct an audit of the institutions that provide game services in order to clearly understand where (they are) in legal and illegal or lawful to hide behind some kind of registration documents,” he said.

Also, the Prince expressed hope that the shooting for the item lottery will give some impetus to solving this problem.

“More military operations conducted by units of the national police, are not generally accepted standards to eliminate any illegal or “grey” ways of obtaining income. Question of the offence which, unfortunately, caused the death of citizens, is investigated not only in the framework of criminal proceedings on the fact of murder, and we qualify the fact of murder,” – said the head of national police.

We will remind, unknown persons opened fire near the metro station “Beresteyskaya” in Kiev, having shot a man. Another man was wounded. As it turned out, the conflict arose at the national lottery between the two security structures.

1 February in Kyiv has chosen the measure the parties to the conflict with the shooting outside the Camp.