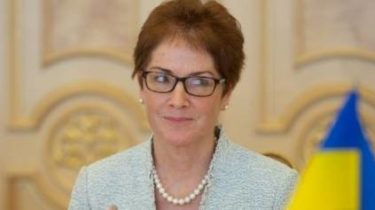 The United States would like to see Ukraine as a reliable partner and this country should be a democratic, forward-looking and safe.

About it in interview to the program “Right to rule” on the TV channel 1+1 told US Ambassador to Ukraine, Marie Yovanovitch.

“We really support Ukraine, because we believe in countries that want to control their own destiny. Ukraine is a democratic, advanced and safe here in the heart of Europe is the Ukraine a reliable partner for the United States. The country that our political ally, guarantor of security, a country with which we have a reliable commercial connection – it would be helpful to both of us, because we have common interests,” the Ambassador said.

Jovanovic also noted that in 2014, Ukraine was struck by Americans.

Many people asked us to have an impact on NABOO, but we don’t do that – the US Ambassador to Ukraine

“We see a country, whose people said: “We want to choose our future. We are part of Europe. We want to be part of Europe, because we believe in European values and we bring them to life. We want the government and the leaders who will lead us on the European path, even if it is difficult.” And you know, the American people understand this. I think we saw this in US aid for Ukraine in different spheres, not only in security,” the Ambassador said.

We will remind, during the economic forum “to support the economic development of Ukraine: Cooperation between government of Ukraine and the Diaspora,” the Ambassador of the USA in Ukraine Marie Yovanovitch said Ukraine needs to develop competitiveness in the domestic and foreign markets.

Video with the approaching elections, Ukraine time to push reforms.

U.S. Ambassador to Ukraine, Marie Yovanovitch said in an interview with the program “Right to rule” on what should focus the Ukrainian government at the current stage of development, and also is it possible to visit trump in Ukraine. 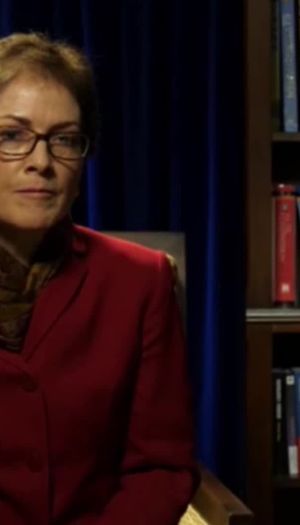