Fighters more than two hours hit with mortars for the Ukrainian military. Chronicle of the ATO 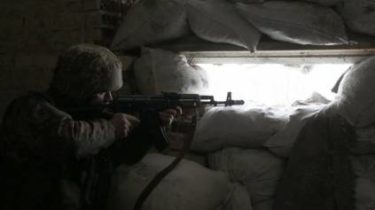 For 1 Feb in the area of ATO in the Donbas the militants four times violated the ceasefire. During the attacks no Ukrainian soldier was injured.

“Over the past day in the area of the ATO continued activity of the militants of the Russian occupation troops. In particular, the occupiers continued to use the positions of the defenders of the Ukrainian heavy mortars, blatantly violating the Minsk agreement”, – noted in the press center of staff ATO.

On Lugansk the direction fighters intensified in the area Svetlodarsk arc.

“In the evening the enemy more than two hours fired on positions of our defenders close to Luhansk from 120-mm and 82-mm mortars, APCS and heavy machine guns. Of the same weapons by day and night fighters fired at strong points of ATO forces near Trinity. In General, according to our fortifications, illegal armed groups were produced more than fifty mines of various calibers”, – stated in the message.