In Australia, the three travelers spent the night on the roof of the car in the middle of a river full of crocodiles 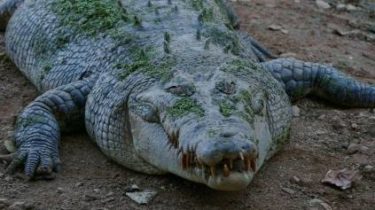 Three tourists from Denmark spent the night on the roof of the car, which they drove crocodiles, reports Berlingske Media.

During the trip to Australia Alexander Henson with the bride and a friend tried to cross on the SUV the river, which had flooded. However, the car was stuck, the engine failed and the car began to numb. Night through the window they saw a four-foot crocodile with a brood. To escape from reptiles, the company decided to climb on the roof of the car. Through the course of the car started to shake, and told Hansen, through fear that the car will turn over, and everything will fall into the water, that night he managed to sleep only an hour.

“It was quite dark, lit only emergency lighting in the car. We are very afraid: we’ve seen crocodiles in the zoo”, – he said.

The man travels with two dogs that was saved from death

In the morning the tourists were able to cross the river, in which water was already knee-deep. They took off from the roof of the car trunk and used it as protection from crocodiles. After that, they had to flee through the forest, nearly 10 km away. the Local who saved them, were initially confident that they have eaten by the crocodiles. Henson and his friends spent abrignani 9 days, since their settlement cut off from the mainland by flooding. Home they will return with no Luggage, because all their stuff was taken by the river.

Recall that the Christmas streets of Melbourne walking crocodile. Local residents saw in the streets of the reptile and called the police. Before calling law enforcement was initially skeptical, expecting to see at the scene of a huge lizard.