What is Groundhog Day and how it relates to Ukraine. Infographics 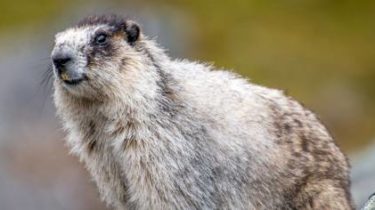 Groundhog day is one of the most popular traditions of the United States, which consists in determining the duration and weather conditions of the spring of the behaviour of specifically “assigned” Groundhog. Celebrated annually on 2 February.

The roots of the tradition determining the weather on animal behavior inherent in the cultures of many peoples of the world. Like the tradition of Groundhog Day in Europe reach antiquity. So, in the Roman Empire February 2nd Day was celebrated urchin.

The ancient Romans built their meteorological forecast for the behavior of the awakened urchin who saw or did not see his shadow and reacted accordingly. In Germany, the role of the hedgehog played badger.

How to celebrate Groundhog Day 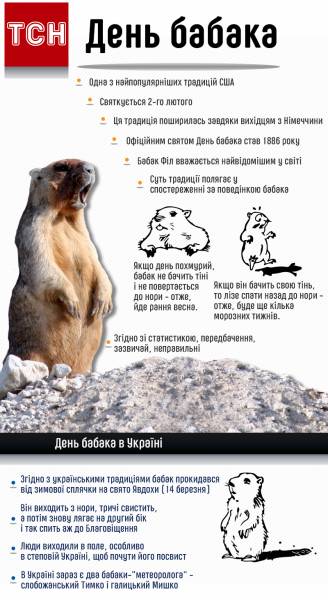 So, February 2 at the biological station of Kharkiv national University, haidary village woke marmot Timka to predict when to wait for spring. Timka his shadow did not see, since today in Kharkiv is an overcast day, so the workers of the biological station kidding me “spring has arrived”. However, add that cold before the Ukraine back.