In Kiev will be to say goodbye to Leonid Kadenuk 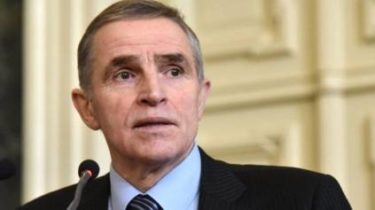 With Leonid Kadenuk will say goodbye today, 2 February, in Kiev. The first cosmonaut of independent Ukraine, died on Wednesday during the traditional morning run.

The cause of death was a heart attack 67 – year-old man suffered from coronary heart disease. From this same disease and in the same circumstances a few years ago died twin brother astronaut – Sergey.

Over the past five years, Leonid Kadenyuk lost all immediate family members – first his older brother died of a heart attack, then died the mother, and then twin brother.

Home in the street name of Kadenyuk in Klishkivtsi, Chernivtsi region is empty. The village is in mourning, there lowered flags, and in memory of the first and the only Ukrainian cosmonaut lit candles.

To say goodbye to Leonid Kadenuk will be today at the club of the Cabinet of Ministers, and he will be buried at Baikove cemetery in the capital.