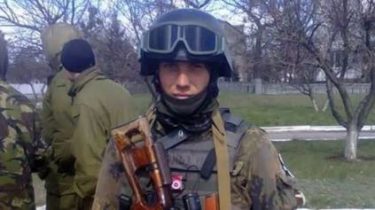 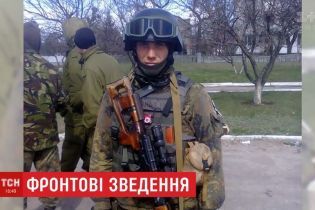 In the Donbas on the frontline killed a soldier of Alexander Rybalchenko with the call sign “Seal” is spoken in TSN.16:45.

The guy was only 23 years old, he hit a trip wire during the job. Alexander was a scout himself from the Luhansk region, went to fight as a volunteer. The military left a pregnant wife.

Fighters more than two hours hit with mortars for the Ukrainian military. Chronicle of the ATO

There are also two wounded from mortar fire in the Luhansk region fighters. And in the Donetsk region, according to the local administration – the militants shelled residential areas, damaged a private house and two buildings of the enterprise, killed off two power lines, dozens of homes were left without electricity.

During the Christmas cease-fire in the sea of Azov militants have constructed new fortified. From it, despite the fact that located near the observation post of the OSCE, shoot in the direction of the locomotive of the Ukrainian military.

Just reported that in the area of THE “Mariupol” killed our countryman and sister fighting , a man with an extraordinary sense of SPR…

Recall volunteers announced the release of militants one of the villages of Luhansk.