On the Donetsk region fighters fired at the settlement: the broken lines and damaged buildings 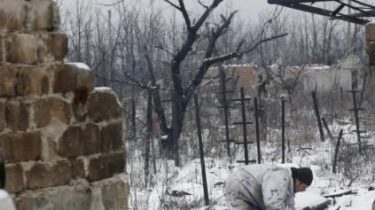 On the night of 2 February under fire from the militants hit the village Mironovsky Bakhmut district, in the Donetsk region.

About this on his page in Facebook wrote the Chairman of the Donetsk regional military-civil administration Pavlo zhebrivskyi.

“Night under fire. got the settlement Mironovsky Bakhmut district. The shelling with heavy weapons damaged a private house and two buildings of Donrybkombinat, killed two power lines 10 homes were left without electricity”, – stated in the message.

Militants staged near the Trinity polutorachasovoj hell fire. Chronicle of the ATO

According to him, from civilians nobody has suffered.

“I have been told that in the village for work crews – materials needed to repair damaged housing and restoration of power supply”, – he added.

Recall, January 31, The armed forces of Ukraine regained control of the village of novooleksandrivka in Lugansk region.