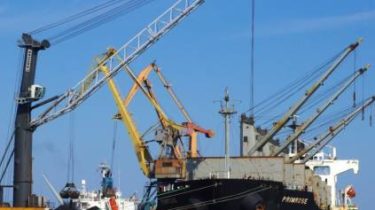 The government transferred in the Federal property “nationalized” Sevastopol marine plant name Ordzhonikidze, which is belongs to the President of Ukraine Petro Poroshenko.

The corresponding decree was published on the website of the Russian government.

“Approved the decision on the transfer of “Sevastopol marine plant. Ordzhonikidze” of the property of the city of Sevastopol as Federal property a definition of the departmental affiliation of the Ministry of industry and trade of Russia”, – stated in the order.

According to the “document”, the plant performs work and provides services to ensure the defense of the country, including is a co-executor the state contracts on repair of ships and vessels of the Navy, as well as the production and repair of civilian marine technology.

Earlier, the Sevastopol marine plant, which previously belonged to the President of Petro Poroshenko, became a branch of the Russian ship-repair factory “the Asterisk”.

The occupation government of Sevastopol adopted a resolution on nationalization “SMZ”, which belongs to the President of Ukraine Petro Poroshenko, in February 2015.