The national Bank has updated its economic forecasts: inflation will be high again, GDP will grow slower 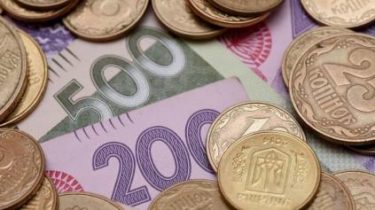 In the past year, Ukraine’s GDP grew by 2.1%, and inflation was 13.7%. This year the economy will grow slightly more rapidly (in the state budget laid 3%), and inflation, though reduced (to 9%), however, will remain high.

“In 2018, despite the strengthening of the NBU’s tightening, inflation will remain high at 8.9% in December in annual terms. The fundamental inflationary pressure is still high during the year (core inflation amounted to 8.2% at year-end), primarily in connection with the growth of incomes and production costs under the influence of higher wages and substantial growth of pension expenditure. As a result, among the components of core inflation the most, as in 2017, is expected to increase the value of market services”.

“The major factor behind the slowdown is the exhaustion of the action of shocks grocery deals of the previous year, including those associated with loss of yield of fruits and vegetables due to adverse weather conditions in the spring of 2017. World prices for meat and dairy products will also contain inflation raw food products in Ukraine, as in the major export markets are already experiencing price adjustment to the downside”, – ascertain in Bank.

For 2018 administratively regulated prices will increase by 13.8%, predicts the Bank.

“The main growth factors will increase the cost of imported energy resources, particularly natural gas, which determines the tariffs for gas, Central heating and hot water for the population and the continued rise of the cost of organizations that provide utility services, due to the increase in salaries of staff,” explained the regulator.

Also 10.8%, increase the price of fuel. The forecast is based on the change of world oil prices in UAH equivalent.

At the same time The national Bank forecasts a slowdown in 2019-2020 – to 2.9%, “due to the exhaustion of the effects of fiscal easing in 2018 and under the influence of the tight monetary policy necessary to return consumer inflation to the target level for the forecast period. In addition, slow progress in structural reforms will curb the increase in the long-term potential of the economy. Private consumption is, as before, will remain the main engine of economic growth. High investment activity to continue to show businesses in the industries, especially export-oriented production (in particular in agriculture, processing industry), as well as dependent on the increasing of capital expenditure. In particular the continuation of the state policy on renewal of road infrastructure will increase investment in the construction. At the same time in the forecast horizon, the recovery of lending will be slow, primarily reflecting higher risks in the institutional environment, in particular the low level of protection of the rights of creditors.”

Before The world Bank has updated its economic forecasts for Ukraine for three years.