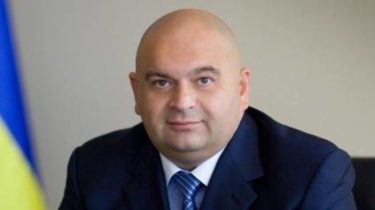 Criminal proceedings, a defendant who was a former Minister of ecology and natural resources of Ukraine Mykola Zlochevsky closed in August 2017 by the decision of the Specialized anti-corruption Prosecutor’s office.

This was announced by chief Minister Nazar Golodnitsky in comments to journalists of the program “Schemes”.

“We at ARS decided, and I’m not hiding. Was not obtained by the investigators enough evidence to declare suspicions, and the end of production. Proven facts of the crime,” he said.

On a question of journalists, agreed whether the detectives of the National anti-corruption Bureau who investigated the case, with this decision, SAP, Holodnitsky said, “criminal procedure code does not require consultation with the detectives in making attorney decisions.”

The criminal proceedings concerned unlawful issuing officials of the Ministry of ecology and natural resources permits in 2010-2012 for subsoil use companies associated with the former Minister of ecology Nikolay Zlochevsky.

Recall that “Economic truth” with reference to own source in the gas market said that the former Minister of ecology and natural resources, the owner of gas group Burisma Holdings Mykola Zlochevsky returned to Ukraine.

27 Nov 2014 the GPU was opened a criminal case against Zlochevsky. His property, namely, two cottages, two plots of land, premises with an area of 922 sq m and the car Rolls-Royse Phantom, was arrested, but at the end of January 2015, the Pechersky court of Kiev cancelled the decision.

Zlochevsky was accused of embezzling the bowels, and after independence he fled Ukraine, he was declared wanted. However MIA was taken off the wanted list ex-the Minister of the environment in 2016.

In January 2017 Zlochevsky around meeting with first Deputy Chairman of the faction of the BPP Igor Kononenko a scandal. However in GPU this meeting is not interested because in 2016, the case against illicit enrichment Zlochevsky was closed. In turn, the defenders of Transparency International Ukraine demanded case against ex-Minister to resume and employees of the Prosecutor General’s office to prosecute.