The mysterious inscriptions on the walls: through advertising the criminals quickly sell drugs to teenagers in Kiev 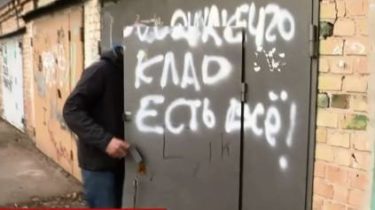 Ukrainian city buried in advertising of drugs which is drawn on buildings, fences and even on the doors of schools. Often adults simply pass by and do not understand the content, can not be said about teenagers, according to a story TSN.19:30.

Hand-drawn ads in Kiev hundreds, if not thousands. Recently, one of Internet users have time to photograph the night young man “refreshes” the facade of his house. This is sometimes disguised: with abbreviated words and at first glance invisible. However, it is always useful to those who are really looking for dangerous fun. Especially careful should be the parents of teenagers, because very often the dealers place their ads in those places where the most children – for example, near schools.

Videodome, fences and schools: Ukrainian cities are filled with advertisements about the sale of drugs

Ads about selling drugs hundreds only in Kiev. Sometimes veiled, with abbreviated words and at first glance inconspicuous, but the teenagers notice everything and usually easy to call the addresses of such sites. 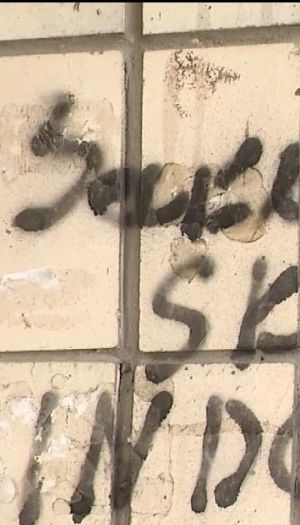 That it is effective, journalists have seen during the interaction with students one of these schools. The teenager immediately called the web address of one of the sites, which daily sees on the way to school and home. “I don’t do it,” he said. So the journalists decided to find out how the system works, and it turned out that to obtain drugs in a matter of hours. After correspondence in the messenger, once you have determined the price and quantity, you can pick up the order. What can be done at any age, only need to be able to use the gadget and have access to electronic money. After payment it only remains to go at the specified time at the specified address and pick up from the stash of photos you send, your purchase.

The law provides for criminal liability for the seller and the buyer – up to 8 years behind bars. However, the main complexity of modern marketing techniques through the same messenger is the lack of live contact, so to prove a crime is not easy. Activists sometimes single-handedly fighting with drug dealers, just sketching out their advertising. Instead of labels leave flags or new messages with appeals to the good. But there is no guarantee that the ad will not appear again. Law enforcement officers sometimes report about the detention of or other graffiti-dealer, rounding up or making a test purchase. However, given the number of messages about the victory over the phenomenon, however.