Capital cops encourage the drinking of alcohol in the center of Kiev. Experiment TSN 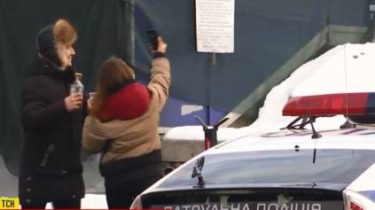 To the Verkhovna Rada received a draft law, which proposes 20 times to increase penalties for drinking alcohol in public areas – instead of 17-75 hryvnia to punish for the violation of 340-700 the hryvnia. While the deputies think, the journalists decided to see how the current penalties and what will happen for drunkenness in the heart of Kiev, said in the story TSN.19:30.

The bottle of cognac was bottled coloured Apple juice, a frozen chocolate and plastic cups. On the Maidan for a couple that was vacationing in a similar way, no one but a few passers-by did not pay attention. Then the “revelers” moved closer to the car of the patrol police, however, and a few metres from her were not observed. At the end of the brazen “drunks” began to do a selfie with a bottle in front of the car, but even that did not attract the attention of law enforcement.

Videojournalist TSN drank a “brandy” in the center of Kiev, to see the reaction of the police

MPs want to increase penalties for drinking alcohol in public places 20 times. And beer is no exception. This bill MPs have submitted for consideration. TSN has decided to conduct an experiment as to punish those who drank alcohol in the capital. 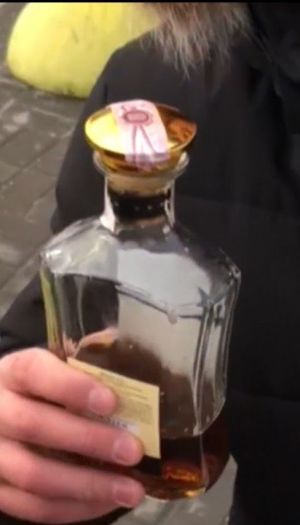 A walk along Khreschatyk with the bottle also has not given any results – the reaction of passersby was more sympathy, and sometimes even envy. Nearby patrol journalists have decided to portray themselves as foreigners and started talking in English militiamen stopped, looked, and went on. A 3-hour walk to the centre with stops on the benches nothing but friendly relations of others, is not found.

Alcoholic scandal in Kyiv: dad accused a pediatric surgeon in the drunk in the hospital

Then the experiment it was decided to strengthen the company became more numerous, they each had an open bottle with the alleged beer – in fact, the same juice. The audacity of young “drunks” upset a security guard in the yard, who threatened to call the police. “Pay a fine and this is an alcoholic beverage,” he warned. But what is known to the watchman, was unaware of the patrol themselves, which are “revelers” went on their own. On the question of passivity is one of the cops surprised: “what, no beer?”. Another question, can I drink beer openly on the street, said: “Drink”.

On official request, how should law enforcement react to the fact that public drinking and what are the statistics fined for this violation, the police TSN did not answer. Maybe when the fines will increase, the position of the police will change.