The police told the details of a large-scale accident in Kiev, which killed two people 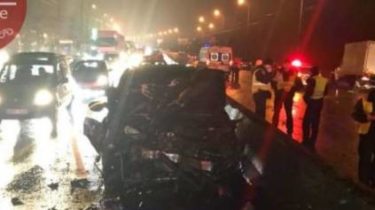 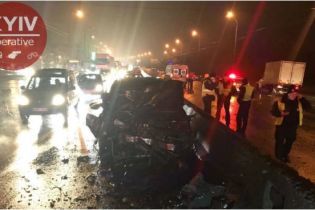 The police establishes the preliminary cause of the night An accident on the Avenue of Shukhevych in Kiev.

About this informed the senior inspector of Department of communication of the Metropolitan police Mariana Bratsyuk, transfers “112 Ukraine”.

It is noted that it is already known that the message about the accident came to the police around midnight. Previously known that the driver of the Mercedes was moving on the oncoming lane and collided with several cars – Dacia, Audi, Toyota and Opel. The accident killed two people – the driver and the passenger of the Dacia car. Three other people were hospitalized.

Drunk driver-the culprit in Kiev, poked a police officer the certificate of the assistant Deputy

It is reported that the defendant at the time of the accident was intoxicated.

The offender is detained as article 208 Criminally-the procedural code of Ukraine, a criminal case under part 3 St. 286 (Violation of traffic safety or transport operation by persons who direct vehicles) the Criminal code of Ukraine.

Recall that in the Lviv region turned over the bus with the players. The car skidded on the turn.