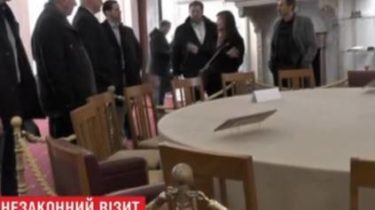 The Prosecutor’s office of Autonomous Republic of Crimea has opened a criminal case against German deputies from the party “Alternative for Germany” (AfD) – due to the violation of the order of entry in the temporarily occupied territory of the Peninsula.

“Proceedings are begun by results of consideration of the appeal of the Embassy of Ukraine in Federal Republic of Germany. Corresponding data are brought in the Unified register of pre-judicial investigations. Pre-trial investigation initiated on the grounds of criminal offenses under part 1 of article 332-1 of the criminal code of Ukraine upon violation of the citizens of the Federal Republic of Germany of the order of entry in the temporarily occupied territory”, – said the speaker of the Prosecutor General of Ukraine Andriy Lysenko.

Recall, February 3, with violation of the established procedure of entry in the temporarily occupied territory of Ukraine and departure from it in the Crimea there arrived German citizens, who planned to use his trip to meet with representatives of the Russian occupying authorities to discuss with them ways of establishing contacts with the German side.

Videoarchaeology the Crimea was visited by a group of German MPs

All MPs with the right-populist party “Alternative for Germany”. They are all members of regional parliaments. Frankly admit that they are not worried about the threat to be banned on the mainland of Ukraine and the sanctions they care about. On the contrary, promised Russia to do everything possible to see Europe weakened the economic pressure. 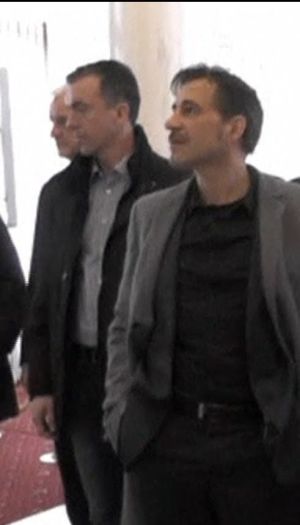 The delegation included deputies from the party “Alternative for Germany” of the regional parliaments of Berlin, Brandenburg and Rhine-Westphalia. Arrived in the Crimea the German MPs said that they are not worried about the threat to be banned on the mainland of Ukraine.

Appointed by Moscow, the head of regional national-cultural autonomy of Germans of Crimea Yuri HEMPEL stated that they plan to discuss the issue of lifting the sanctions and recognition of Russian Crimea, transfers “Radio Freedom”.

According to Russian media, the deputies will be on the Peninsula until February 9.

The Ambassador of Ukraine in Germany Andrey Melnik called the visit of politicians to the Crimea “irresponsible voyage”.

The foreign Ministry of Ukraine earlier said that the visit of foreign politicians in Crimea have no official status. The Verkhovna Rada of Ukraine has officially announced the date of occupation of the Crimea and Sevastopol to Russia on 20 February 2014.