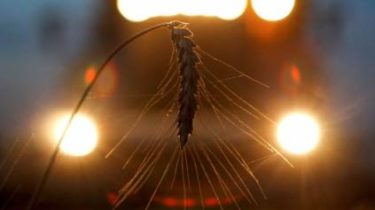 For 2017 Ukraine exported to the EU products by 5.8 billion dollars.

This was stated by Deputy Minister of agrarian policy and food of Ukraine on European integration Olga Trofimova, reported the press service of the Ministry of agriculture.

According to Trofimovoj, the main products that Ukraine supplied to the EU last year, are the cereals – $ 1.7 billion. oil and 1.4 billion. seeds of oilseed crops – $ 1.1 billion.

At the same time, the Ministry said that the Ukraine last year imported European agrotourism by 17.2% more than in 2016.

“In General, the imports amounted to $2.3 billion And the main products of our import was tobacco and its products, chocolate and products made from cocoa beans, animal feed, alcoholic beverages and various other food products” – summed up Trafimava.

Note, by the end of 2017, the foreign trade turnover of agricultural and food products between Ukraine and the countries of Europe grew by 30.8%, or $1.9 billion, and amounted to $8.1 billion.

We will remind, in 2017 Ukraine has significantly increased the volume of export of Ukrainian cheese, whey and condensed milk. While the volume of supply of butter in the European Union in General take second place in a world first for New Zealand.