A stunning decline. That means a sharp collapse of the us Dow Jones 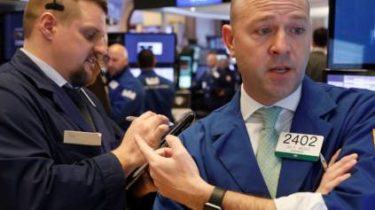 Dow Jones is one of the most important indicators for the US economy – in a few hours slipped by fifteen hundred points. Such for all history of existence of stock exchanges do not remember. Now Dow Jones index is less than 24 thousand points.

In the U.S. stock market, as citizens, have their own consumer basket. Just like in our includes bread, meat, bacon, vegetables, fruit, market basket called the Dow Jones consists of 30 large us companies, at the price of the shares of which are judged on the stability of the entire stock market. Among them are many famous Ukrainians of names is a computer giants Apple, Microsoft and ABM, food monsters, Coca-Cola and McDonald’s, as well as Boeing, Visa and even Walt Disney. The Dow Jones many of the local analysts calls “pop” judge him according to the condition of the market with caution. So what happened a few hours ago? A stunning decline in fifteen hundred points. If you count in points, the biggest drop in the history of the Dow Jones – more than 100 years.

“This is a normal behavior of a healthy market, such sales of assets from time to time. I will say more, much more alarming were the situation of the last months, when the market was very weak, and the shares soared in price, it wasn’t very normal,” says financial analyst Kate bliss.

Now, what these words mean: the rapid decline in the value of shares advance thirty is just a consequence of their rapid, and not the fact that reasonable growth. Look at the curve of the Dow Jones this winter. As you can see, no disaster yet, just the stock, the price of which were proud the last time the US President Donald trump, are again, as in December.

“No need to panic never. Just some of these stocks were somewhat overvalued, no question about it,” says financial analyst Matthew Cheslock.

Alternative Dow Jones, but much harder and more seriously market basket index Standard&Poor’s that watching from 500 companies also have contracted more than 2.5%. This is the greatest fall over the last seven years.

Will they stop at this market fever, which began last Friday, will be known in the coming hours, when the exchanges will begin a new auction.