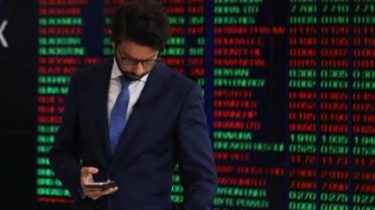 After yesterday the collapse of stock markets in the US 3.8-4.6% and falling shares of major companies for 10% or more of the loss of the 500 richest people was estimated at 114 billion dollars. The main American index Dow Jones on 2 February fell by 2.5%, and 5 February – by 4.6%. The index Standard&Roog’s fell 4.1%.

The top five world billionaires now looks like this: Bezos is 116 billion dollars, gates and 91.6 billion, Buffett is 85 billion dollars, Zuckerberg at 74.7 billion, the owner of Zara, Amancio Ortega 74 billion.

The cause of the fall experts call the fast growth of profitability of us government bonds and related concerns about inflation and rising interest rates the Federal reserve system (private banking system, which performs the role of the Central Bank of the United States). However, on Monday, February 5, the yield on 10-year securities in the United States fell.

A chain reaction of collapse hooked and stock markets in Asia. On the morning of 6 February the Japanese Nikkei index lost 6.6% and the Chinese Hang Seng fell 5%, the stock index of the Shanghai stock exchange Shanghai Composite fell 2.2%.

Parallel to the rapidly falling bitcoin. Although this cryptocurrency actively devalued in a month. Over the past day, bitcoin has lost 20% of its value and is now worth about 6 thousand dollars. Although a month ago he was three times more expensive.

Meanwhile, the expert explained that the collapse of world stock markets could lead to another financial crisis and may affect the Ukraine, you need to get credit debt in dollars. But Ukrainians are advised to keep funds in cash.