In Sri Lanka a four-meter Python swallowed a deer, the eyes of the tourists 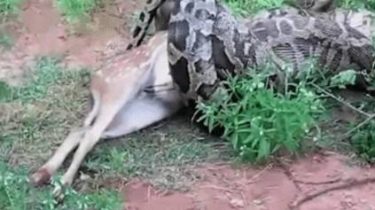 The movie was made in late January on the southern coast of Sri Lanka. It shows a huge Python slowly swallows the carcass of this dead deer. All this took him about an hour.

According to the Park staff, so a giant snake ate for the next few months.

In Indonesia, a giant Python swallowed a whole man

Recall, once in Australia the tourists had to spend the night on top of the car in the river full of crocodiles.