In Kiev, a young actor stood up for my grandfather and got six strokes of the knife from a pack of bullies 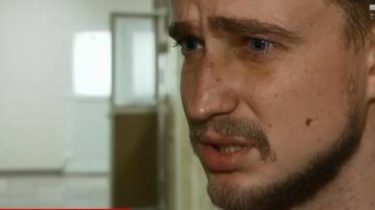 At the Metropolitan Obolon young actor stood in the store for an elderly neighbor when he uttered vulgarity. For this group of young men with knives attacked the man, according to a story TSN.19:30.

Peter Ishchuk for a week in the hospital emergency room and can not accept the fact that you miss your favorite show. It all started when he and friends drank coffee at night in the store, and unknown to them a young man asked me to watch his beer bottle. “Well as you can-to-person contact, especially, older than you? Well, word for word – so follow me. Well, my uncle Vova, after the laughter: well, do you want to talk let’s talk,” – said the victim. On the street they were waited already by a few guys. “I’m literally three or four words said, and all. Then like a pack of dogs attacked,” says Peter.

Video settings in Kiev, the young actor suffered 6 stab wounds for trying to stand up for an elderly neighbor

Peter is a young actor, who became a victim of ordinary street thugs. Because I stood up for the neighbor. He, along with another night drinking coffee in a Metropolitan store. In the store, a young man came and rudely asked a friend Peter to look after his bottle of beer. The guy stood up for the neighbor and went outside to talk to a stranger face to face. There were waiting for the group of guys. 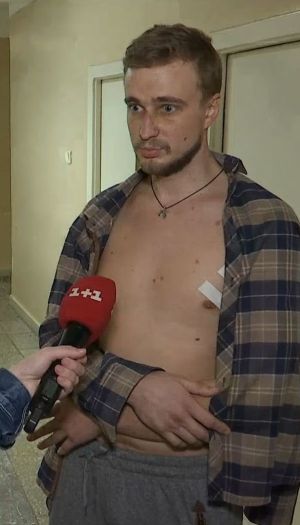 For help, the actor rushed to the police car and didn’t even notice that he had received stab wounds. “I feel that I cannot be that after a run my chest hurts – and began to lose consciousness,” recalls Ishchuk. Wounded noticed the militiamen who detained one assailant of five, but the one who was stabbed six times with a knife. “Even after arriving at the scene the police, he tried to continue its illegal actions against the victim”, – told the head of district police, Mikhail Nikonov. The detained 18-year-old resident of Kiev the court chose a measure of restraint for two months in detention. Suspect charged with attempted murder and unlawful use of a weapon, he faces up to 15 years in prison.

A theatre Director has been on trial and impressed from the behavior of the offender. “I’m sorry, but I have these individuals with 1990s years have not seen. And titusa, which is passed over there, that concert that they staged – no remorse is out of question”, – said Sergey optic Chiasm. He needs to look for the actor to replace Peter, because doctors do not give forecasts concerning the time of return of the wounded on the scene.