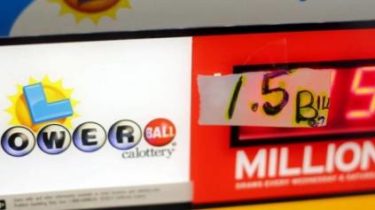 American from the state of new Hampshire Jane DOE won $ 560 million, and then filed a lawsuit on lottery company Powerball for violation of the rights to remain anonymous.

A woman bought a lottery ticket on one of the markets of the Merrimack. January 6 winners learned about winning, and January 22 you can get the money. Jane filled out all the forms according to the instructions on the website and also signed on the reverse side of the ticket. However, after speaking with lawyers, she learned that could use the service proxy and stay anonymous.

Lawyers for Jane DOE required for a woman to find a Trustee and to use its services to sign the ticket, but they refused. The reason was the invalidity of the ticket after making any changes.

American wanted to remain anonymous because of the danger that awaits the winners in the lottery because of the publicity. So, in 2009, Abraham Shakespeare from Florida won the lottery of 30 million dollars. subsequently, he was killed by the attacker, who learned about the presence of such amounts of money to the winner.

Jane DOE at the time of the complaint referred to the case where the lottery winner 2016 has delegated the right of signature for the Trustee to have his name went public.